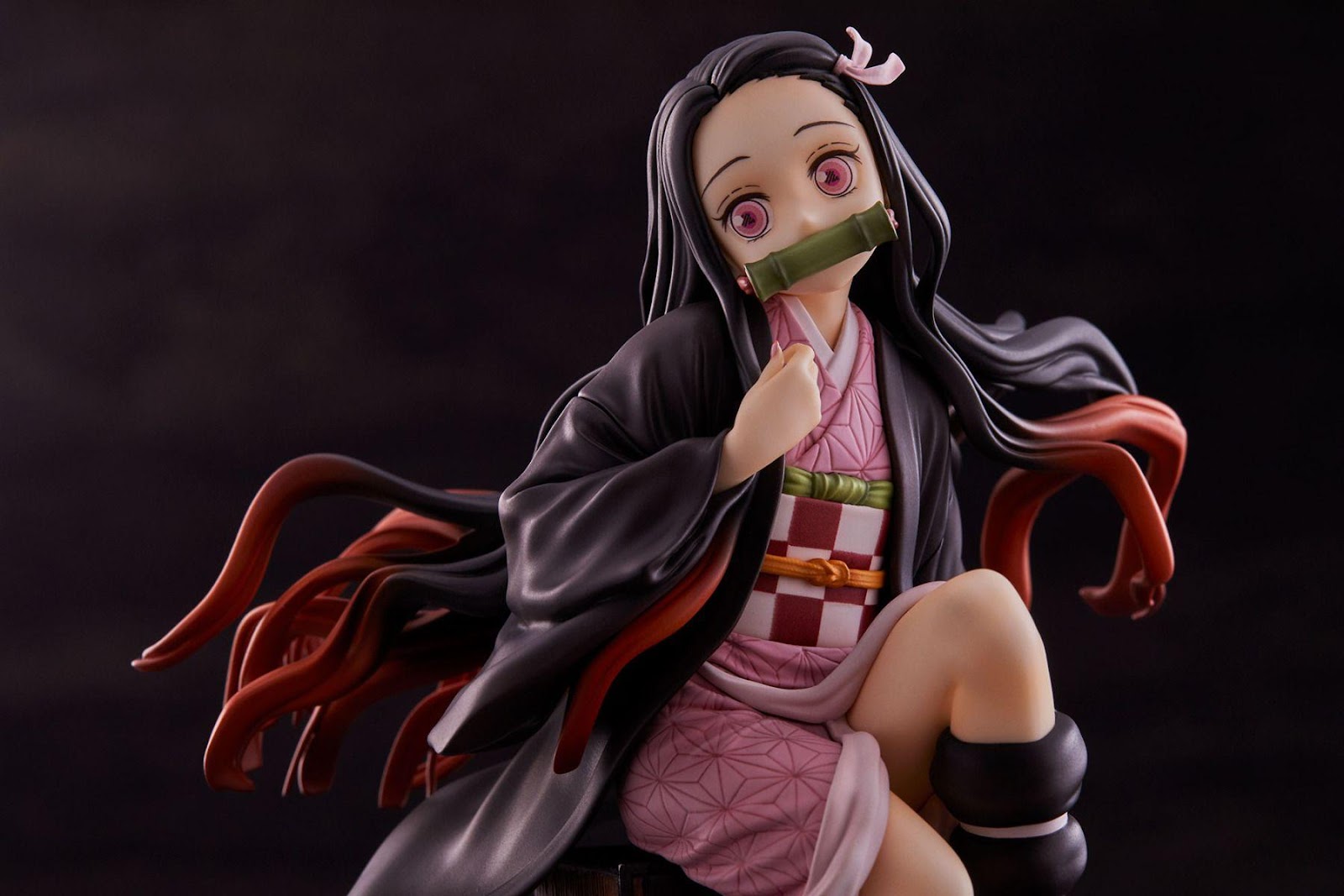 Demon Slayer’s story has become one of the favorites for the anime series’ fans. The story revolves around an intelligent boy named Tanjiro Kamado and his sister Nezuko who are thrusted into a world of Demons once Nezuko is attacked my demons. Once she is attacked, Nezuko turns into a demon and Tanjiro is recruited as a demon slayer to help take destroy the evil demons. She is constantly struggling to retain her humanity and protect other humans, including her brother Tanjiro. Since she is hero who also is a demon, Nezuko has the best of both worlds. Nezuko has inherited the enhanced regeneration abilities to heal her severed limbs in seconds, transform into a demon to have a berserk physical prowess and is sunlight resistant unlike other demons. This is one of the main reasons why everyone loves Nezuko Kamado. Do you want to know what else makes this character so special in the series? Let’s take a look together!

In the beginning, Nezuko’s eyes were red in color which is too normal for human eyes. However, as she transformed into a demon, her eyes color turned into pink. It is usually the other way around, but her pink eyes indicate her evil nature. We can’t overlook the fact that her kimono (dress) is also pink, complementing the color of her eyes. It reminds her of innocence and good heart even though she has turned into a monster. Besides her pink eyes, Nezuko also has large fangs and sharp claw like nails to go along with her other demon qualities.

Before Nezuko turned into a demon, she was a sympathetic and compassionate person just like her brother, Tanjiro. She would put her loved ones before herself to look after them. After her transformation, she forgot almost all her memories as a human except those that involved her family. Nezuko chose to keep her caring and protective traits despite becoming a demon. She has been protecting those whom she considers her family. Not only that, but she is also fighting a battle with her brother against all the demons to retain the ones they love. We can say that not everything has lost after Nezuko’s transformation into a demon.

#6. Nezuko Is An Extraordinary Demon

Nezuko has control over her emotions and her human consciousness even after turning into a monster. After encounters with other demons, both Nezuko and Tanjiro noticed that she has undergone a distinctive change. She uses sleep to regain her energy instead of depending on human blood for survival. Apart from that, she has shown immense power and incredible strength during each fight. Her ‘Exploding Blood Demon Art’ becomes stronger after each battle. With her innocent nature and unique abilities, she has grabbed the attention of all the Demon Slayer fans.

Nezuko Kamado’s family was in the charcoal business before the attack, meaning they worked with fire. The fire has become the main component for Nezuko throughout the series as her capabilities continue to grow. Her Demon Blood Art is fire-base, and she can turn blood into the fire immediately outside her body. The Exploding Blood transforms into pink flames whenever Nezuko uses it. Fire is considered lucky among families that work with that element, so it’s no wonder Nezuko has been able to use her fire abilities with ease against other demons. It seems like the use of fire just runs in the family.

#4. Nezuko’s Name Is Linked With Her Home

At the start of the series, it is shown that the Kamado family lives in the snowy mountainous region. The name Nezuko has a strong connection and deeper meaning to where her family is from. In Japanese, the partial meaning of Nezuko is ‘snowball flower.’ These flowers can be found during the winter season, most of the season is mainly shown in winter. Therefore, her name is linked with the place her family lived before the demon attack. In Japan, flower-based names are very common, but we can see how Nezuko name perfectly goes with where she comes from.

When Nezuko becomes too furious and unable to control her rage, she goes into her demonic berserk state. We see horns come out of her forehead and vine markings wrapped around her body. Although she is the most powerful of herself in this state, she starts craving for human blood for the sustenance.  Her brother, Tanjiro, is the only person who can calm her down in such a state. Whenever she is in her demented state, Tanjiro starts singing a lullaby that their mother sang to them. It soothes Nezuko and helps her to revert back to a normal state. Even if she is stronger at such a state, it is too risky, which is why Tanjiro is always around to calm her down.

Another reason that makes Nezuko special from other demons is that she comes from a family with strong lineage. Her family is basically the sword wielders who can master the Breathe of the Sun style. When Nezuko’s Demon Art charges up Tanjiro’s sword, it turns red just like the first Breathe of the Sun centuries ago. It is the most powerful and original breathe style in Demon Slayer. The series has numerous clues that show that the Kamado family is the direct descendants of the first Breathe of the Sun user. This would mean that the style has been passed down to this family from generation to generation. Nezuko’s powerful lineage may be one of the reasons why her demonic nature is not like other demons.

#1. Nezuko Is Revealed To Be A Day Walker

Just like vampires, demons in Demon Slayer can’t roam during day time to keep themselves protected from burning in the sunlight. Nezuko is an exception, which is why she was given the title ‘The Chosen Demon.’ Unlike normal demons, she can walk in the sunlight without being burned. It explains why Muzan Kibutsuji (one of the demons) is after Nezuko. For centuries, he has been searching for a demon that can go out in the sunlight. He wants to devour Nezuko to conquer this ability of her. He has a belief that by devouring her, Muzan can also be able to walk freely into the sunlight.