Although My Hero Academia characters cannot choose their quirks at the time of birth, they can always choose how to effectively use the inherited quirks. The heroes in this series have superpowers like extraordinary strength, unbeatable speed, or control over elements such as water and electricity. However, some of the heroes in My Hero Academia have quirks that suit villains more.

Quirks are essential powers typically inherited through genetic traits and are usually manifested by the age of four years old. To find out whether a person has a quirk, they look at at whether the person has one or two joints on their pinky toe. One joint means, they will develop a quirk, while having two means that the person is quirk-less. Quirks can be trained and manipulated over time to gain powers, however they can also be worn out. Similar to muscles, quirks can be overused causing harms and drawbacks detrimental to over health. The three types of quirks are emitter, the ability to control elements, transformation, the ability to transform their bodies and mutant, the ability to create bodily structures that can morph into many things.

In this article, we’ll look at some of the quirks given to heroes that resemble ones similar to what you may think a villain would have. Let’s have a look!

Amajiki’s quirk is ‘Manifest’. He has the ability to absorb the characters of anything that he eats. The character doesn’t eat a living beings but seeing him swallow fully-functional wings makes watchers think that he actually ate a whole living chicken to get its powers. The ability to take on the abilities of dead creatures he’s eaten makes him very unpredictable. Throughout his fighting, Amajiki often uses his tentacle fingers to bind his opponent and suffocate them.

I mean anyone with tentacles just seems more of a villain that a hero. Since Amajiki is one of the heroes in this series, he uses his quirk only for a good cause. A villain with his powers would likely eat live heroes and take on very horrific forms. Or a villain might even eat other scary villains in a thirst for more power 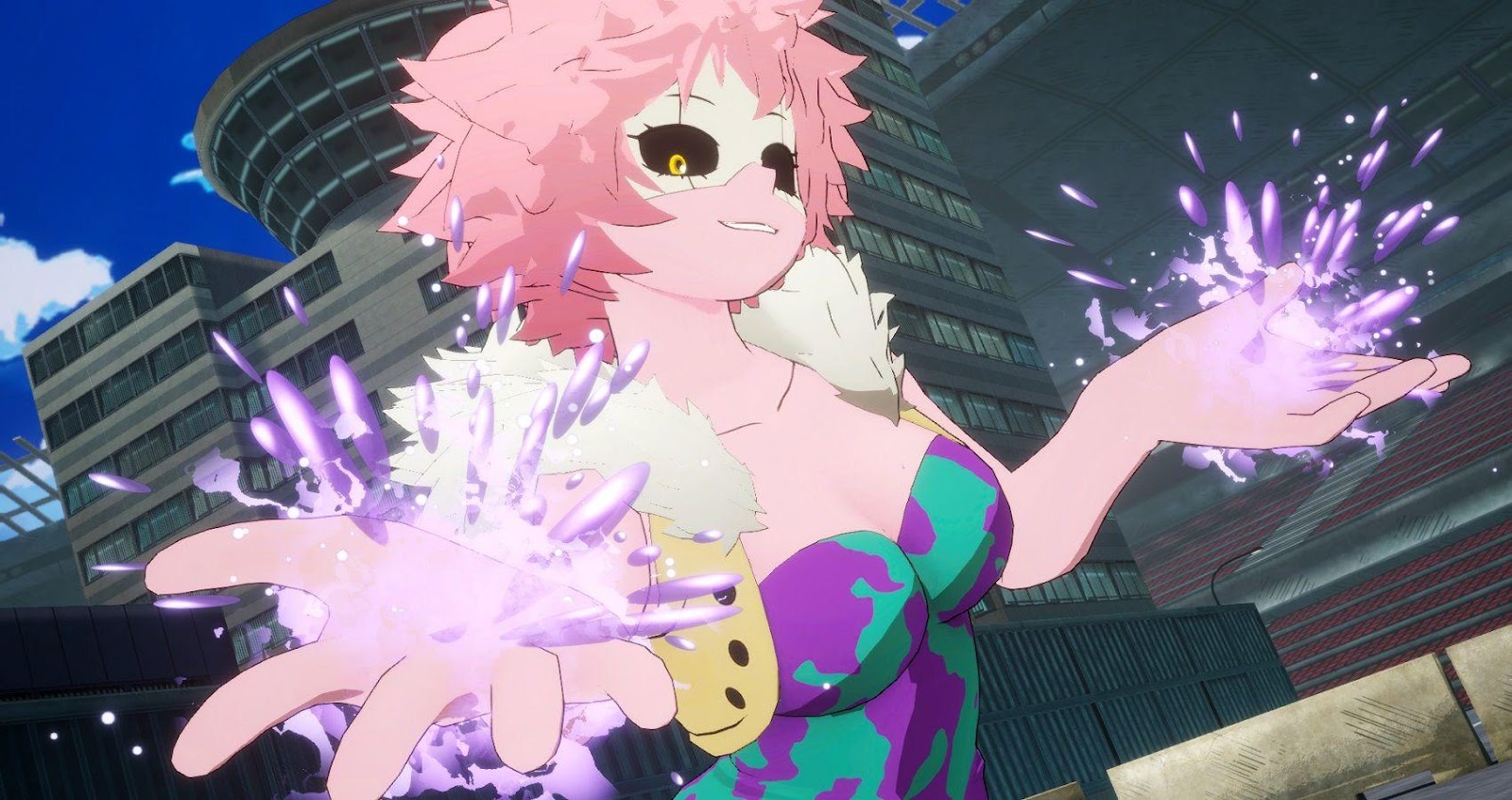 Mina Ashido, the student of Class 1-A, has a powerful quirk of producing acid from her body. Yes, she can even alter and change the solubility of the acid herself. In addition to that, Mina can alter the viscosity of the acid.

My Hero Academia fandom has seen Mina using her quirk for different purposes, such as – to create a shield, to melt ice, and make things slippery for herself. Mina uses her quirk only to help others and herself. She produces highly corrosive liquid that can even potentially burn her own skin when overused. Remember how Aoyama had a melted belt after his brief session with Mina during the Sports Festival? Well, that pretty much sums up everything! Imagine if a villain took on her acid powers. They would probably use it to melt people alive and even torture them. I could a see scenario where a villain uses acid to turn civilians faceless by melting their face! Luckily Mina uses her gifts for good.

Some fans may think that Ragdoll’s quirk (search) is not as remarkable as other heroes’ powers, but one can’t ignore the fact that it was her power which was stolen by the All For One for their own selfish purposes. With the help of her quirk, Ragdoll can observe 100 people at the same time, even observing their weaknesses and locations.

Since the villain, All For One took away her quick; he used the power to get out every detail so that he could use it against the heroes later. I could imagine a support character to a villain who is a ruler using this power to stalk heroes to figure out their next point of attack. For example, they could observe all of the heroes location and figure out how to isolate the strongest hero to take them out or steal powers from heroes.

Shishida is one of the students of Class 1-B and isn’t talked about a lot in the series or the manga. However, Shishida has quite a scary quirk called Beast that enables the hero to transform into a four-legged monster with huge teeth and thick fur. As he turns into a beast, he can run faster and gain an unbelievable amount of physical power and resilience.

This transformation happens quickly, making him able to briefly revert back into his human form to avoid attacks for a split-second. Although many watchers compare his quirk to X-Men’s, Shishida’s transformed state does not look humanly at all. There are heroes like Asui and Selkie who transform into animal characters, nothing has been as a terrifying monster as Shishida.  Shishida is consumed by raged and anger in this form causing him to seek and destroy with reckless abandon. Think of a character like King Kong who could be a good character or a villain. Even King Kong can wipe out an entire city.

Despite Monoma’s defeat in the Cavalry Battle during the Sports Festival, his power is one of the best in My Hero Academia. When he lays a hand on his opponent, he can copy their characteristics. The only problem is that this doesn’t very long, and without being the owner of these copied Quirks, Neito certainly won’t be able to use those quirks to their full potential.

Villains always look for false ways to copy a hero’s superpower. Similarly, if any of the villains could have the quirk of Monoma, they would have used it to gather every hero’s characteristics. For every Superman, there’s always a Bizzaro. In Dragon Ball Super, Goku had enough strength, but Zamasu couldn’t wait for the opportunity to steal his body and use his moves. This is how it goes in almost every superhero story. Gladly, Neito Monomo is a hero and not a villain.

Bakugo’s fiery temperament and uncontrollable rage attracts League of Villains. His mighty quirk, explosion, is a key trait which could have been devastating for Demon Slayers if attained by the villains. The Quirk allows him to create explosions from his palms that vary in the strength given how much he sweats. It’s not just the fact that Bakugo has fire powers. Fantastic Four had fire powers. However, Katsuki combines his rage with an unstoppable explosive to destroy anything in his path.

Bakugo’s power is highly destructive and versatile, which is why villains are scared of this hero. All Mighty eyed directly at Katsuki during Class 1-A’s Rescue Training Race when he asked the students to keep the property damage as minimal as possible, and there is a reason for this. When Bakugo is not even trying, his quirk will still cause some damage to the surroundings. Any villain would love to have an ability that causes a lot of damage to mankind.  Imagine a villain who could wipe out a city with explosives.

Tokoyami is one of the strongest hero of My Hero Academia. His quirk, Dark Shadow, enables him to control a monster of the same name that exists within his body. During night, and absence of light, the Dark Shadow even grows stronger. Sometimes it becomes so robust that Tokoyami cannot control it anymore. Dark Shadow to rage against anything that moves, friend or rival. After witnessing what a full-power Dark Shadow did to Moonfish, it’s clear that Fumikage’s power is one of the strongest in My Hero Academia. Not only that, but it’s also the most threatening Hero Quirk we’ve seen so far in the series. Luckily, we all know that he has such a good that he’d never side with villains. However, he needs to learn to control his Dark Shadow at least at night time; otherwise, he will unintentionally become one of the most challenging heroes for other heroes. This ability reminds me of Naruto Uzumaki. He has a nine tailed fox that once destroyed the entire Konoha village. As Naruto grew up, he learned to control the nine tailed fox to protect the city and use the fox’s powers for good rather than evil.