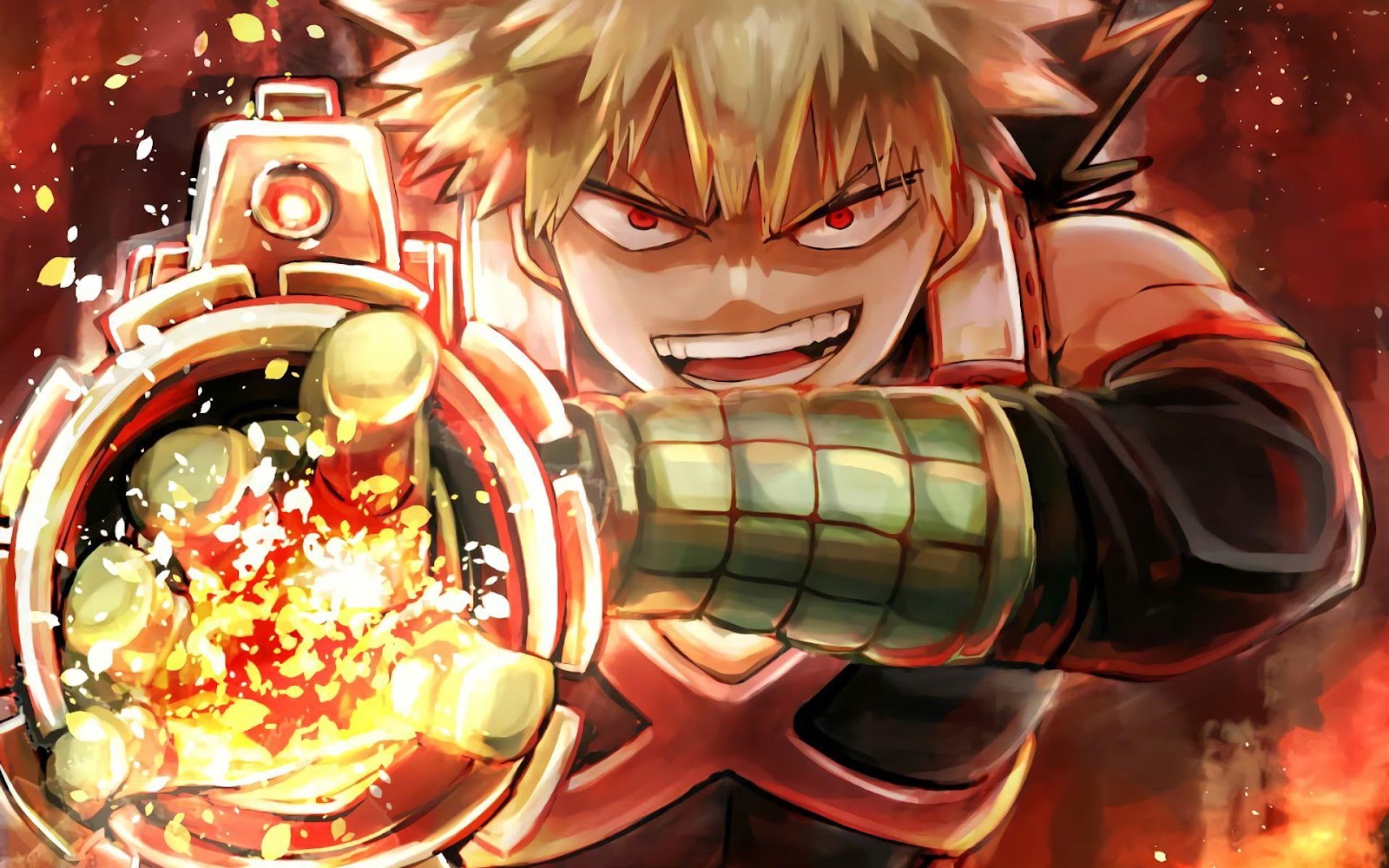 Katsuki Bakukgo is one of the most famous and favorite characters of the anime series, My Hero Academia. He is a bright student in Class 1-A at the U. A High School. He aims to become one of the greatest fighters of all time. That is why he is continuously training himself to turn into a Pro Hero. Some of his popular and distinctive characteristics are his spiky blonde hair and constant yelling throughout the series.

Even though he appears unkind and arrogant at times, and is typically aggressive in scenarios, he gets involved with other heroes that he starts helping them whenever possible. He was a bully in his childhood but as he grew up and experienced trials, he learned a lot more about himself as well as others. As the series goes on, he becomes less antagonistic and more helpful for the characters associated with him.

#9. He Was Originally Very Kind

In the original draft, the character of Bakugo was gentle and kind. His crass remarks on anyone were completely unintentional but it appears that the initial draft seemed too dull, which made the writer change Bakugo’s personality and add the antagonistic element to it so that he could be more attractive to the My Hero Academia fandom. Not only that, Katsuki Bakugo was even supposed to adopt the name ‘Ground Zero’, but it sounded too violent. Eventually, it seems that they had some trouble finding a middle ground for Bakugo. Funny enough, the creator of My Hero Academia, Kohei Horikoshi thought that having a kind Katsuki would make the series boring and opted to have him more violet and angry instead.

Believe it or not, but Katsuki is an emotional hero of My Hero Academia. He has nearly four different black skull shirts, and fans of the manga have been seeing him wearing these shirts since his time as a preschooler.

Although he insults others a little too much and gives derogatory nicknames to people because he can’t remember their real names, he still should be called the emo kid of the series. He rarely wears any other color than his black shirts, he always wears something black over it.

Bakugo has a belief that heroes should never hide their true selves. And that is why he has no problem showing off his quirk, Explosion, in public. He usually activates it for different reasons like just being stressed out, to intimidate someone, or simply to show off. Even though he likes to display his quirk, he is always honest about who he is. It actually helps him in knowing when someone is lying or being true to Bakugo, proving that he can judge people’s characters quickly and thoroughly.

As discussed earlier that Bakugo wants to be one of the greatest fighters, well, he eventually became a great fighter. One of the rarest times where he is not shouting is when he’s on the battleground. Even though he is young, he takes fighting seriously. That is why he is so calm when fighting on the battlefield. It is his sense of calmness that makes his classmates see him in a different light as he performs incredibly in the ground. Not only is he very rational, but he can even make an entire strategy for a battle while fighting, and he never takes his opponents too lightly.

He may have gotten these calm characteristics from his father. Though he has the exact opposite personality of his father, his fighting ability may resemble his father’s personality. Masaru Bakugo, his father is composed and calm and likes to strategically plan his moves.

#5. He Yells To Deal Stress

Bakugo figured out that the best way to express his stress to others is to yell. Although it’s not the best way to deal with your stress, it somehow makes Katsuki look funny. Whether he is dealing with people or talking about his stress, he chooses to yell when stressed. He is the comic relief in several ways for the anime, as it is his constant yelling that has not only fans, but even the characters in the show cracking up.

Bakugo’s pride made him work alone for quite a long time because he thought that others would slow him down. His conceit is also the reason for his defeat in some of the battles. But, it mostly got in the way of him working with people or making friends. When he finally started to go for teamwork, there were instances when we saw him turning down others’ opinions in one-go. The characters wanted others to follow him and work on his strategies. On the bright side, he has improved with time, although, he can still act unpleasant at times. For example, Katsuki tends to never let Izuku’s positivity sink in or even accept his help. He tends to push others away and bully people to show that he is manly and tough. This arrogance and toughness gives him explosive power and aggression, but also hides his weaknesses.

When Katsuki is not busy with school or training, he likes to try out new spicy food and do mountain climbing. It kind of suits his personality traits since he has an aggressive one. Also, as he is active and likes to push himself to the limit, it makes sense why he enjoys mountain climbing, which takes a lot of strength. Katsuki is all about a challenge and there’s nothing like showing off your accomplish my climbing tall mountains and pushing your physical capabilities.

#2. He cares about his hygiene

Bakugo is usually seen yelling at others for different reasons – it’s one of his personality traits. Sometimes he screams because he is annoyed at someone or something, while other times when he doesn’t know how to express his feelings. There is one more thing he always yells about,i.e., being hygienic. Yes, Katsuki cares about it a great deal.

He is sensitive about living in clean spaces and having hygienic people around him. Though it seems that he doesn’t care about many things, but he cares very much about hygiene.

#1. He Is Smarter Than He Shows

Unarguably, Momo has rightfully earned the title of being a genius, Katsuki is also very intelligent. He understands quirks better than any other hero. He even knows how each hero uses these quirks. He studies them thoroughly to identify how great they are and also their weaknesses and what they do to the body. For instance, he learned how to push himself with explosions without getting severely injured or dying. It only adds to the deepness of the character that he is highly intelligent but doesn’t show it off, which we all know, many smart characters in anime like to do.