One Piece is one of the most amazing fictional story to ever come out of the anime industry. A compelling series of its time, extending over 20 years, and fanfare that is only comparable to Dragon Ball. Over the last decade, undoubtedly, One Piece has led the industry in sales.

We believe that this has to do with the character development and various story arcs that the characters go through. And when we talk about the strength of the characters, then how can we ignore the protagonist of the series, Monkey D Luffy. A strong man – with exceptional physical, mental and spiritual qualities. After coming on in leaps and bounds, he is currently one of the strongest pirates around. In this article, we’ll discuss the best attacks from Monkey D Luffy and why they’re so incredible.

The attack, Gomu Gomu No Rhino Schneider was first used against Donquote Doflamingo to which he was in utter shock because he was winning the battle before. The attack translates to “Rubber Rubber Rhinoceros Howitzer”. Scheneir refers to a particular model of said howitzer which is a sort of canon.

Luffy pulls in his legs inside his body before forcing them with an unbelievable destructive force. This attack is so powerful that it can send one of the seven warlords of the sea crashing through numerous Dressrosa’s buildings. However, this attack is not only powerful but is speedy as well. It is evident when even Doflamingo couldn’t keep up while he had observation Haki.

Luffy uses this attack after transforming into fourth gear on Dressrosa. Though Doflamingo laughs off his transformation, however, before he can prepare for it, Luffy speed blitzes him by using this technique. Kong Gun is a simple and straight forward attack that seeks to overpower the rival before his or her guard preparation. It happens against heavy hitters of the One Piece world. For instance, Charlotte Katakuri, Donquixote Doflamingo, and Charlotte Cracker. To prepare for this attack, Luffy coats his arm in Busoshoku Haki before biting into his forearm. By doing so, he then blows a lot of air into his body to inflate his muscular structure. The only downside to this attach is that, there is a limit and once it’s reached, the power is deactivated. 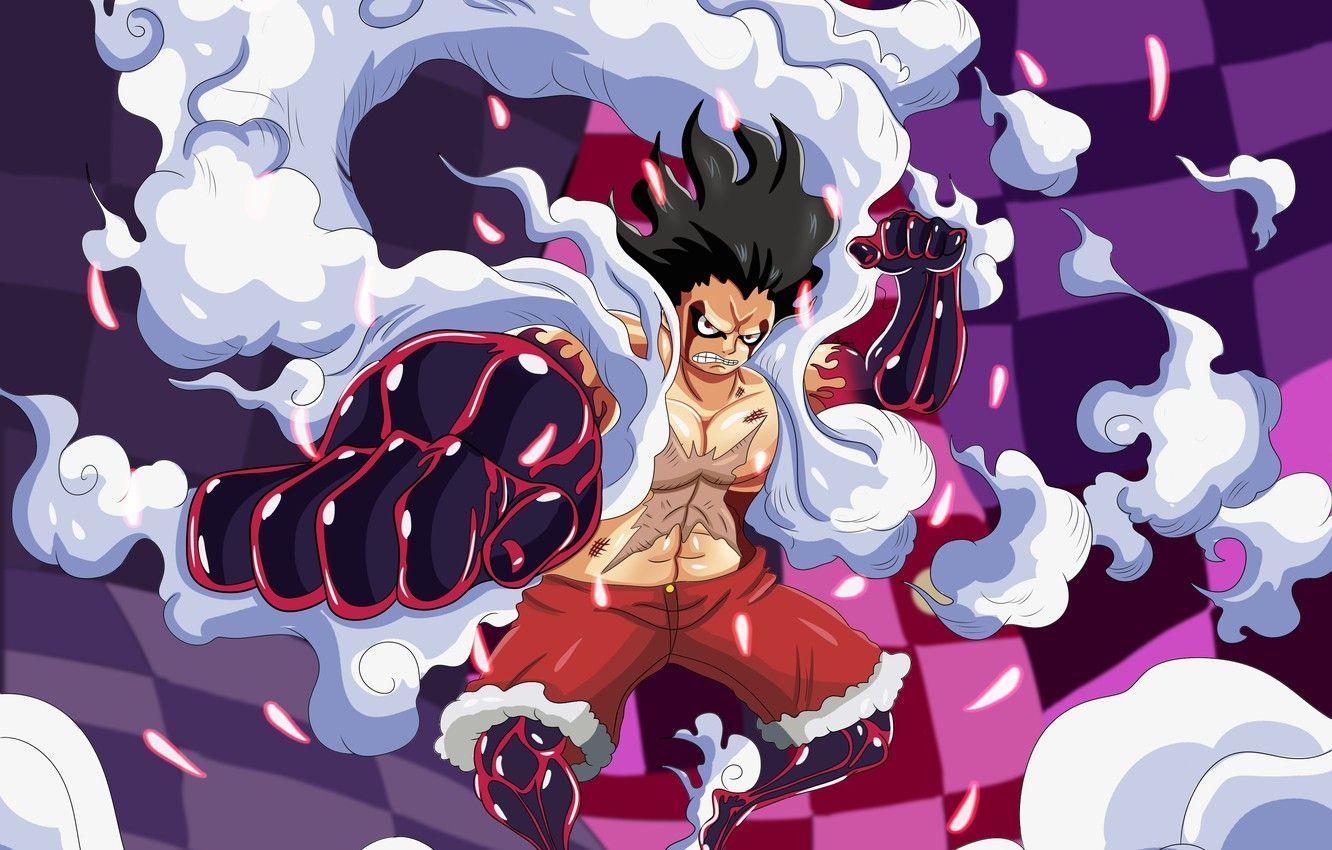 At first, this attack appears to be simple and straight forward. Luffy hurries his foe with his arms at the back before aiming for a stroke. Where this skill stands out is that if he would miss his rival, he is proficient at activating the python ability. It will act as a homing device that chases down his enemy until hits. It depicts super flexibility, and it appears to be a never-ending range. According to the suggestion of double, Luffy can chase his rival with two pythons. Nobody can run away when he’s got this move activated!

It is another attack of Luffy that makes his opponent physically overwhelmed. This attack was first used against Doflamingo that sent him breaking through the King’s plateau in Dressrosa. This feat is fantastic when the audience takes into account the fact that Doflamingo and Luffy were a long way from the plateau at the point of impact. Luffy pushes himself at his rival while tightening his arms inside his body to enhance force. Then, he speeds up to an incredible speed before hitting his enemy with a double open palm attack. This bazooka attacked blasted Doflamingo through buildings and sent him flying. The audience who watched this battle were in shock by his incredible powers. 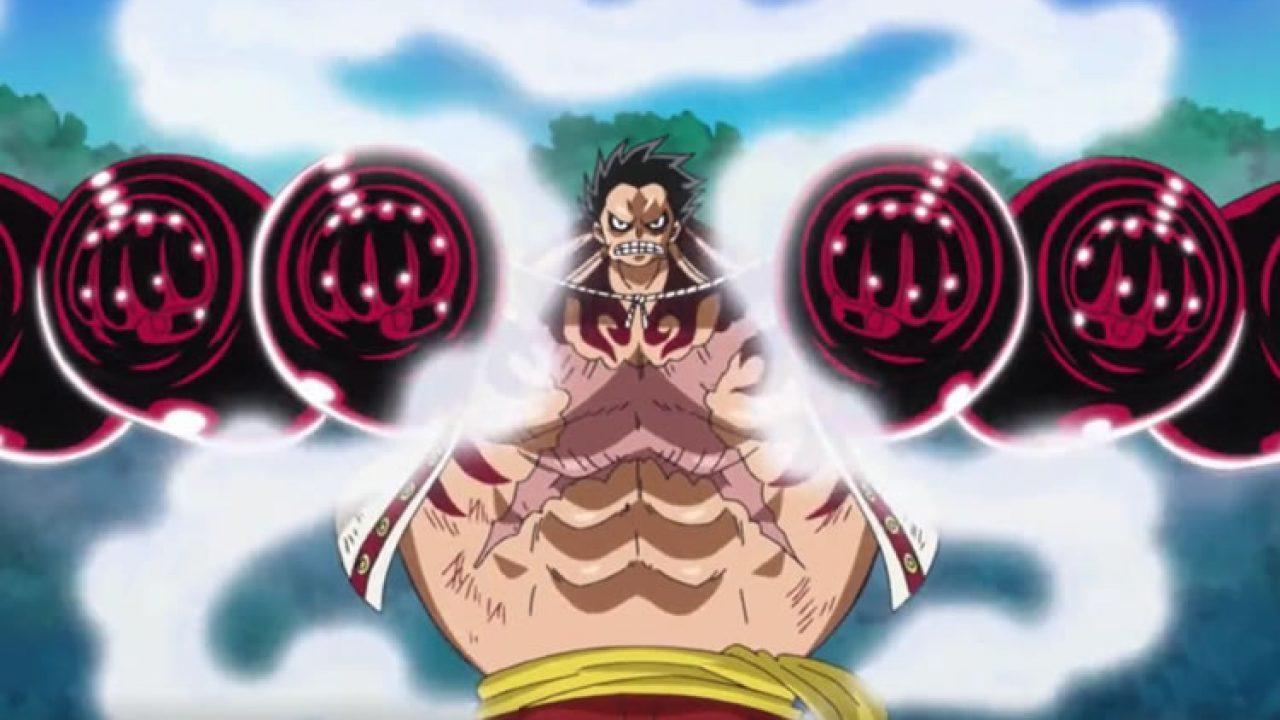 The rapid-fire version of the Gomu Gomu No Kong Gun attack is Gomu Gomu No Kong Organ. It adds up the devastating force of Kong Gun with consistent and rapid strikes.This flood of attack is so strong that it can destroy Charlotte Cracker’s biscuit soldiers just with a single hit. Luffy has done an unthinkable. He had defeated the Cracker, and that is not a small feat. As we all know that the Cracker was one of the three sweet commanders.

Luffy achieves it once more by compacting his arms into himself before stretching them to the side. He acts so swiftly that he eventually generates afterimages. Then, he attacks in a series too rapidly until his rival is down.

On the list, this attack comes from Luffy’s snake man version of gear fourth. It is specifically designed to be much faster while combining various aspects of observation Haki. It is somewhat similar to the existing Culverin. However, having a look at the speed, it is totally different from any other culverin based attack that was seen in the series. The jet culverin is much faster than the original. Luffy compresses his fist and releases it using Python to change the direction of his punch according to the actions of his opponents. As the arm stretches, his attacks speeds up and the power increases as well. The force of the punch is strong enough to smash Charlotte Katakuri into a wall.

With no ability of the Devil Fruit, Luffy spreads his arms as much as possible, before compressing them into his body. Then, he fires off with incredible speed and force. Luffy sends his ‘cobra’ around his vicinity to raise both its destructive capacity and speed. Instead of targeting the opponent directly, his fist has a arm loop around himself before unwinding to sending his fist flying at his enemy. This attack takes down Charlotte Katakuri with a single hit. Katakuri is the Big Mom’s highest-ranked sweet commander and moreover he is the man with a bounty of over one billion berries.

It is the gear fourth version of Luffy’s Gomu Gomu No Gatling. Similar to its previous version, Gomu Gomu No Black Mamba is a speed-based attack. Before bending backward and compressing his arms, Luffy jumps into the air. After his maximum compression, he inclines back more for unleashing a flurry of rapid-fire attacks. When Luffy uses this attack for the very first time, Katakuri struggles to guess from where the attack would come. Then, Katakuri uses his observation Haki that allows him to see the future for escaping from his attacks. The attacks appear somewhat casual while combing the homing effect achieved from Luffy’s python ability.

During his two-year training on Rusukaina, this attack is the most destructive move that Luffy learned. For the very first time, he uses this attack to finish off Doflamingo. Doflamingo tosses up his spider web for absorbing the blow of Luffy’s incoming attack.  While he fires off his Sixteen Holy Bullets: God Thread simultaneously. After compacting his arms, he blows into his forearm getting it bigger exponentially before banging this huge fist direct at Doflamingo. This attack is quite strong and can destroy both of the warlord’s attacks. And its force also disturbs the waters that surround Dressrosa.

It is a new technique, owing to the knowledge and training that Luffy developed during his time on Wano.  Ryou Based Attacks are the more advanced form of armament Haki that has the ability to bypass the rival’s instant defense. Reaching directly inside the opponents’ body, this attack can destroy them from within. Moving ahead, it is the most potent attack and will be used to take down the King of Beast Kaido. We hope to see more of his newfound Ryou based attacks in the future arcs and movies from One Piece!